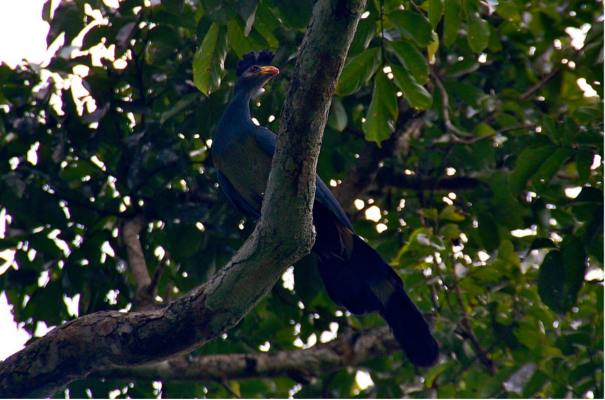 This is Uganda’s oldest wildlife reserve, originally gazetted in 1932 as the Toro Game Reserve. Extending from Ntoroko on the southern shores of Lake Albert to the north east of the Bundibugyo road, it has thick swampy grounds close to Lake Albert. The rest of the area is typical savannah interspersed with acacia-combretum woodland.  Small patches of borassus palm appear and significant stretches of riparian woods along the river courses.

The scenery is magnificent when flying in by air or driving out by road towards Fort Portal, 2hrs away. From the ground on a clear day, the Congolese Blue Mountains (2500m asl) are clearly visible in the west with the majestic Rwenzoris and their glacial peaks in the north; Lake Albert’s eastern shore culminates at the foot of the sharp Rift Valley escarpment. The valley floor itself is relatively flat and sits at about 600m above sea level.

Unfortunately massive poaching during the unprotected times of Amin’s rule meant many, many of the animals were hunted almost to extinction. To this day, no lion have been sighted in the valley although they are sometimes heard in the far distance. This sad state of affairs was probably brought about because of the famed size of the maned lions that used to be seen frequently throughout the valley.

The populations of animals have started to recover slowly but surely and an indication is the growth of the Uganda Kob, buffalo once numbering as low as 50 are now around 1000 and there are also small numbers of elephant and waterbuck.

There are good numbers of primates including 40 habituated chimpanzees in the Mugiri River Forest. Chances of seeing the chimps on half to full day walks are currently around 70%. During this walk there is a chance of seeing the localised forest elephant. Other primates include the black and white colobus, olive baboon, red tailed and vervet monkeys. Leopards are seen relatively frequently and certainly warnings by the olive baboon as to their presence are commonly heard.

The park's best asset is it wildness and very low tourist numbers. Birding is one of the biggest attractions with around 350 to 400 bird species present. Big ticks on a bird list would include Abyssinian ground hornbill, marsh tchagra and African crake with a good variety of raptors.

There are night drives in this area and they usually result in good sightings of owl and pennant and standard winged nightjars. It is also a good opportunity to see sleeping nurseries of Ugandan Kob guarded by their ever present mothers and testosterone filled lone males.

One of the best activities is the boat trip on Lake Albert’s muddy waters which not only gives an opportunity to find the reticent shoebill but gives a good look at local village life as you boat slowly across the bay. There is a large colony of red throated bee eaters which are present on the sandbanks near Ntoroko between December and March.

A surprisingly beautiful waterfall which is a replica of the Murchison Falls is found at the foot of the Rift Valley escarpment throwing its water into the lake.